Find out more
From 15 February 2014, Manchester Art Gallery will stage the UK’s most ambitious exhibition of works by Portuguese contemporary artist Joana Vasconcelos. Fresh from her success representing Portugal at the 55th Venice Biennale, Vasconcelos will bring her seductive and subversive large-scale sculptures to Manchester for an exclusive site specific exhibition. This major new show features over twenty of the Portuguese artist’s most significant sculptures, which fill our main exhibition spaces, adorn the outside of our building and permeate the whole gallery. It includes new and recent works – most on show in the UK for the first time.

The exhibition will feature the world premiere of a monumental new textile work that has been specially commissioned as a site-specific installation for Manchester Art Gallery’s atrium and staircase.

Britannia 2014 is a major new commission which comprises richly coloured textile forms that cascade down 3 floors of the Gallery’s central atrium. The explosion of suspended, swelling forms, textures and colours contrast dramatically with the cold metal, glass and rigid order of the architecture. The organic forms are composed of many fabric elements including knitting and crochet, fine silks and cotton velvets (referred to as Manchester cloth across much of the world), recycled clothes and industrially produced textiles, embellished with Portuguese tassels, crystals and beads in a dazzling patchwork of patterns, shapes and textures. This new piece is part of the iconic Valkyries series, sculptures inspired by female figures in Norse mythology who decide which soldiers live and die on the battlefield. 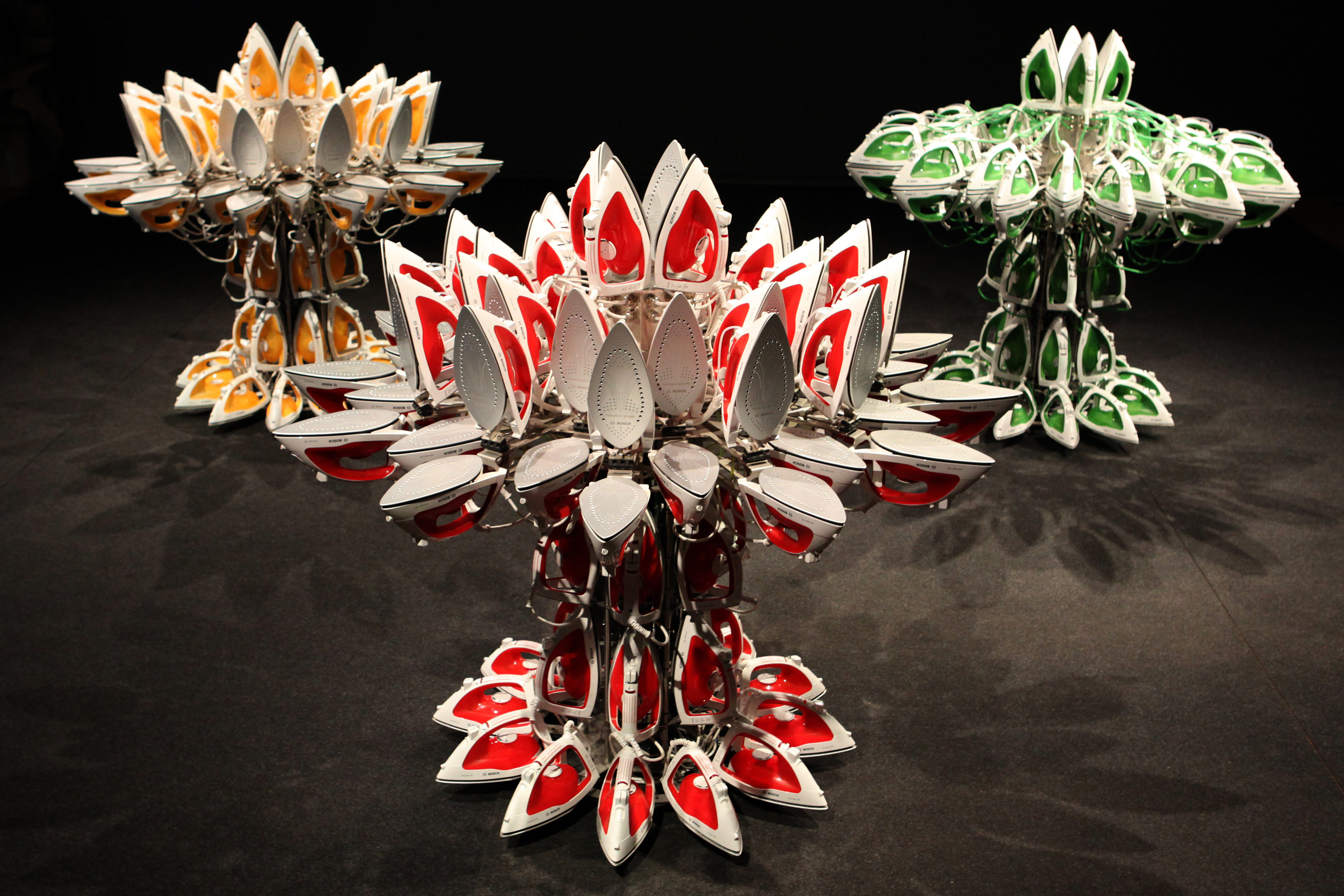 Three of Vasconcelos’ robotic sculptures entitled Full Steam Ahead are shown together for the first time. Made from domestic steam irons, curiously in the colours of the Portuguese flag, they resemble the petals of flowers which open and close. The synchronised and balletic movement of the ‘petals’, slowly unfurling, results in the release of steam when the ‘flower’ opens. The hiss of steam and heat stimulate our senses, creating a hot and humid robotic flower garden. This work celebrates female sexuality and is an intersection between familiar domestic objects and a science fiction world.

In War Games 2010 the interior and exterior of a black 1960s Morris Oxford depict contrasting worlds. Outside, the car is decorated with toy rifles facing backwards and strips of red LEDs switch on and off to simulate speed, like the lines representing movement in a comic. Inside it is filled with colourful cuddly toys, squeaking and moving, oblivious to each other, in an obvious reference to the world of children. The simulated movement also represents the passing of time – the war-like armoured car alludes to destruction and loss of life whereas the toys symbolise birth, creating an uneasy tension between life and death.

Lilicoptère 2012 is the artist’s vision of what Marie Antoinette would be travelling in, if she were alive today. A Bell 47 helicopter is adorned with pink ostrich feathers, Swarovski Crystals and gold leaf. The sumptuous interior reveals intricate woodworks, embroidered upholstery, gilding and Arraiolos rugs. The work plays with contradictions – it is part bird, part machine, the ostrich feathers have been dyed a flamingo pink and a symbol of power is also one of delicacy. The metamorphosis from machine to animal is a reminder of man’s early dream of flying and suggests the future of travel in time. Lilicoptère combines kitsch with glamour and opulence on an impressive scale, in a dazzling showcase of technical skill.

Key works
For the first time, three of Vasconcelos’ large-scale vehicle works are being shown together. Lilicoptère 2012, originally conceived for the artist’s major solo presentation at the Château de Versailles in 2012, is a Bell 47 helicopter adorned with pink ostrich feathers and Swarovski Crystals and crafted with gold leaf, fine needlework rugs, walnut wood, and wood grain painting. War Games 2011 is a black Morris Oxford car covered in toy rifles and LEDs, and filled with brightly coloured soft and plastic toys which squeak and move endlessly. www.fatimashop 2002 is a tricycle van filled with factory made luminous statues of the Portuguese Catholic religious icon Our Lady of Fatima, accompanied by the video Fui às Compras (Gone Shopping).
Another three of Vasconcelos’ sculptures entitled Full Steam Ahead will also be shown together for the first time. These kinetic sculptures in the shape of flowers have steam irons for petals which open and close to mimic the movement of real flowers. Red, yellow and green, the colours of the Portuguese flag, the sculptures slowly unfurl, hissing and releasing steam to create a dramatic, hot and humid robotic flower garden. 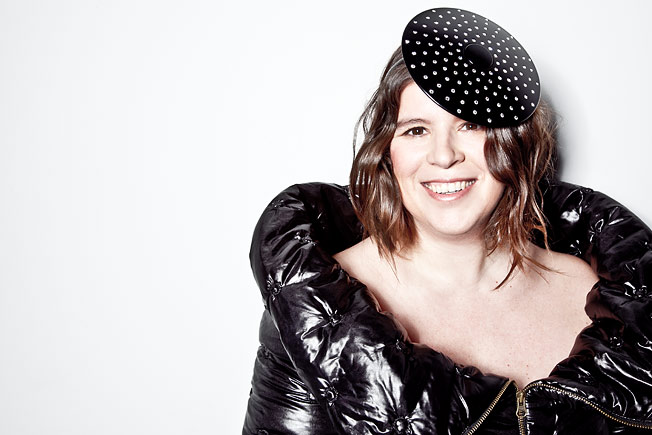 It is a privilege to see my work go on show in Manchester Art Gallery’s remarkable spaces. I am particularly proud of the dialogue established between Manchester Art Gallery’s collection and my works, as well as the interaction between the city’s history and traditions and other realities of entirely different provenances – such as those specific to my homeland. Time Machine will certainly be one of the most challenging and noteworthy shows of my career.
Joana Vasconcelos

Vasconcelos is also selecting a number of her smaller works for inclusion within the gallery’s collection displays. These carefully placed interventions create unexpected, humorous and thoughtful connections with both the historical architecture of the building and with works of art from the city’s collections.

Important sculptures such as Maria Pia 2013 (from the Bordalos series) and Big Booby #2 2011 is being shown in the UK for the first time. While new works are also being realised specifically for the exhibition, such as a new addition to the three-dimensional series of Crochet Paintings, produced in response to the 18th century works on display.

William de Morgan wall tiles on display in the Pre-Raphaelites gallery are referenced in a new piece from Vasconcelos’ Tetris series (made with tiles, crochet and various fabrics), while a new work for the Cement Sculptures series has been created in response to the gallery’s sculpture Atalanta 1888 by Francis Derwent Wood and the painting Eve Tempted 1877 by John Spencer Stanhope (both on display in the Victorian gallery). This new work, a female figure, cast in cement, recalls classical statues of the sensual female form and is vibrantly painted, then decorated with crochet and hand-made net. 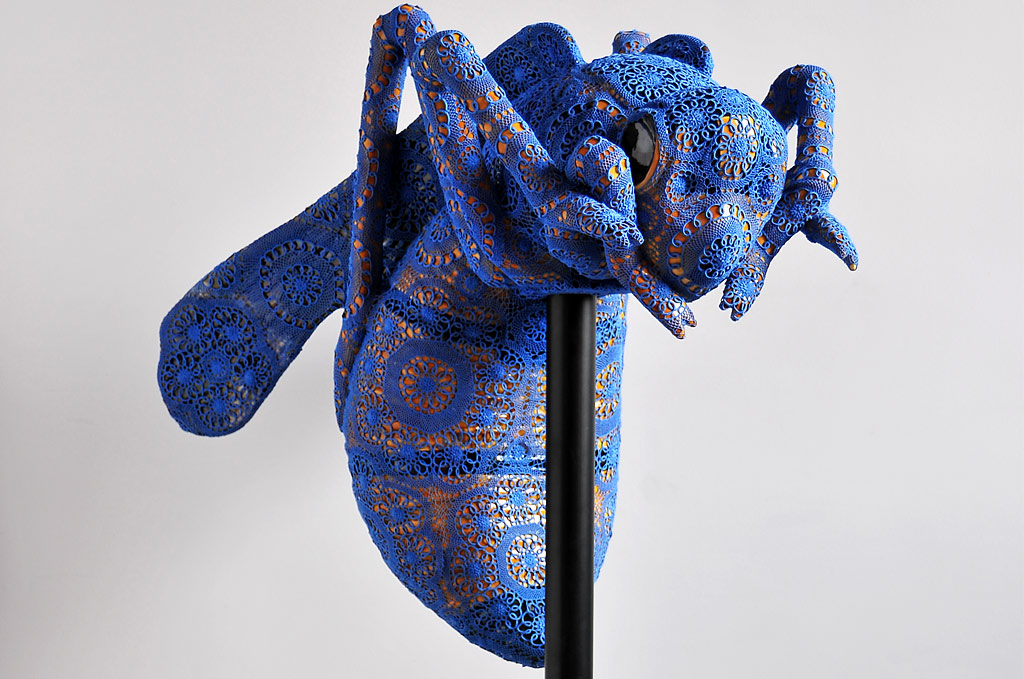 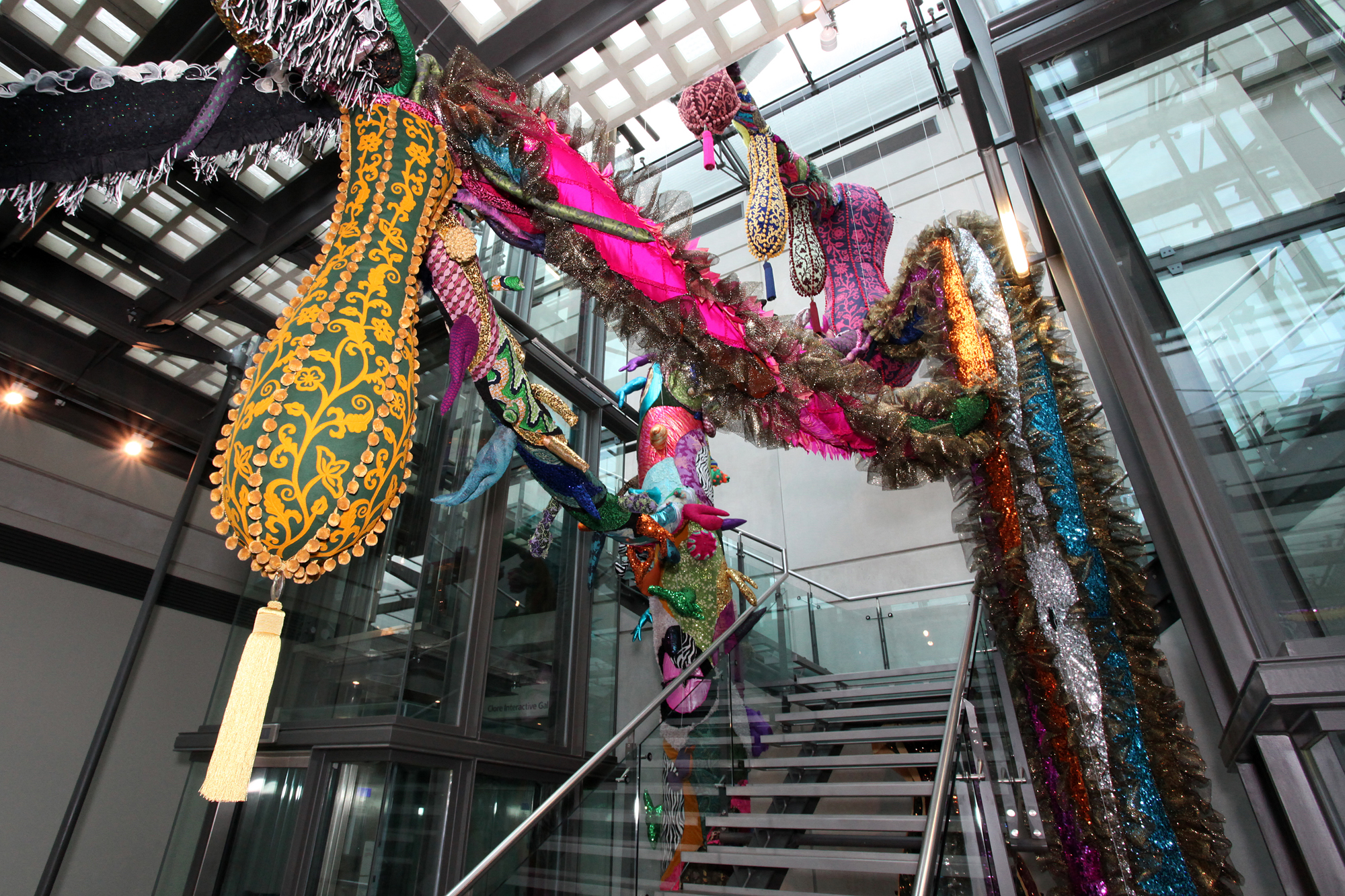 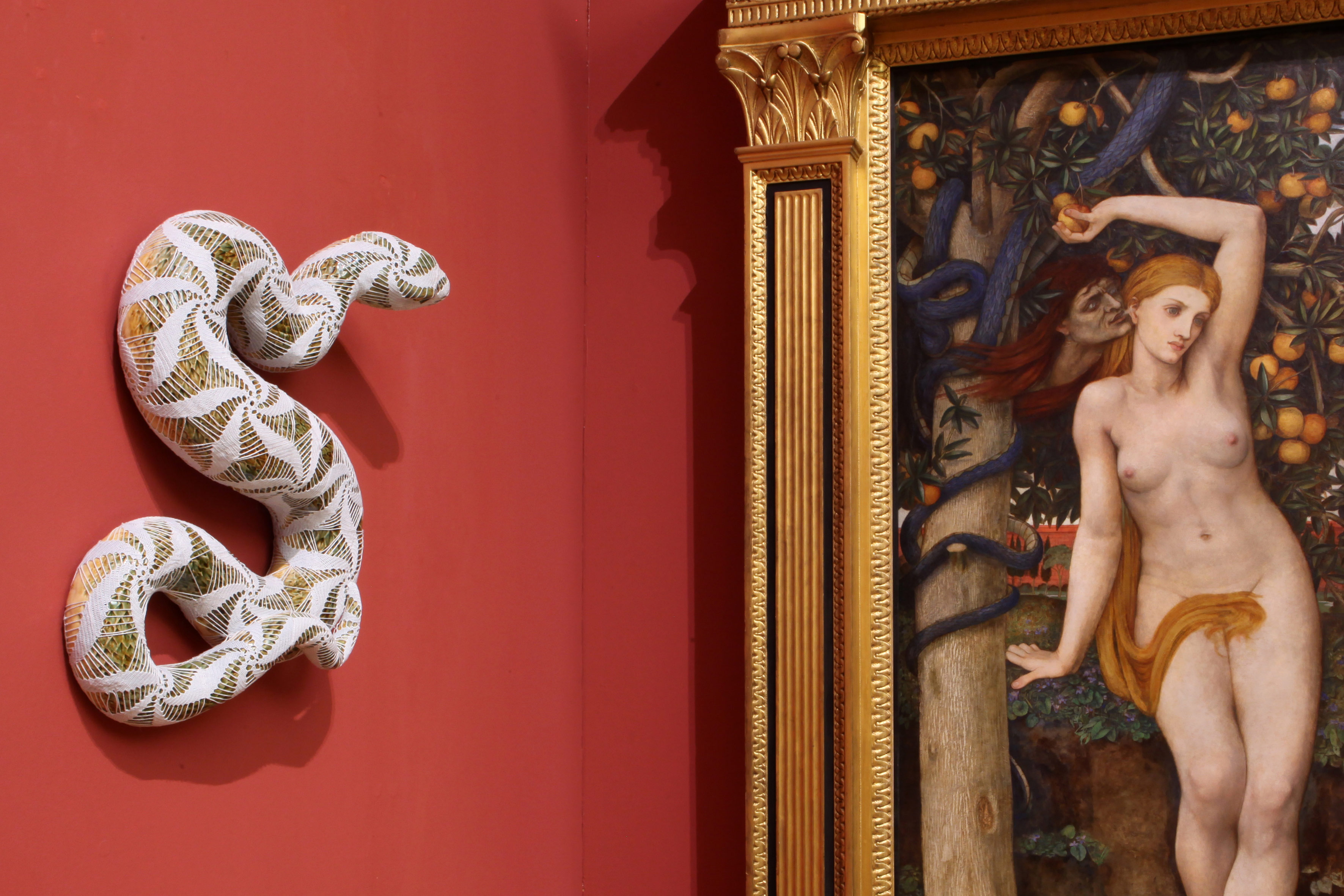 The idea of time machine has been an idea that I’ve been using through all of my work.
Joana Vasconcelos

In this film Joana Vasconcelos talks about her inspiration, her work and the meaning of the exhibition title, Time Machine

I like to create a space for discovery, a first moment where you capture what is obvious in the piece, where you can consume it in the first instant. But as you come closer, you discover there’s more to it and you start to deconstruct it.

We are open Monday-Sunday 10am-5pm. Late night opening on Thursday until 9pm.

How to get here

St Peter’s Square or Market Street stations are the nearest Metrolink stations. Both are on the Altrincham and Eccles lines.

Manchester is ringed by the M60, linking to the UK’s extensive motorway network. Follow signs to the city centre. Car parking is available at the NCP car parks on Chepstow Street, Faulkner Street or Sackville Street. All are within five minutes of the gallery. The nearest disabled parking is on Nicholas Street or Princess Street, approximately 50m from the main entrance.

The coach drop off point is at the groups’ entrance on Princess Street.

Tickets, including gallery guide for Time Machine are £7.50. Free to under 18’s.

Become a Friend of Manchester Art Gallery and visit the exhibition for free!

Join Manchester Art Gallery Friends and enjoy a range of benefits including free entry to the exhibition as often as you wish. Find out more about Friends membership here, or join online here.

Her work can be seen as a critique of contemporary society, destabilising traditional views of female sexuality, the status of women and consumer culture. She plays with dichotomies of hand-crafted / industrial, private / public, tradition/ modernity and popular / elite culture. 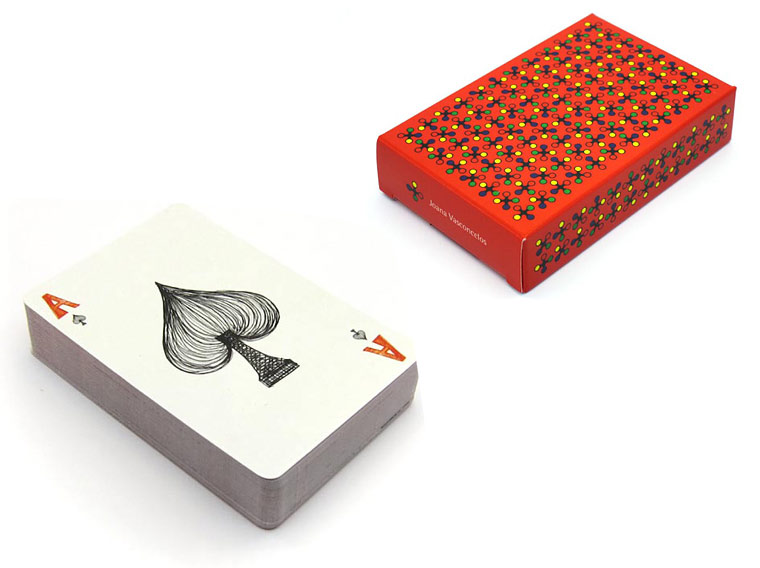 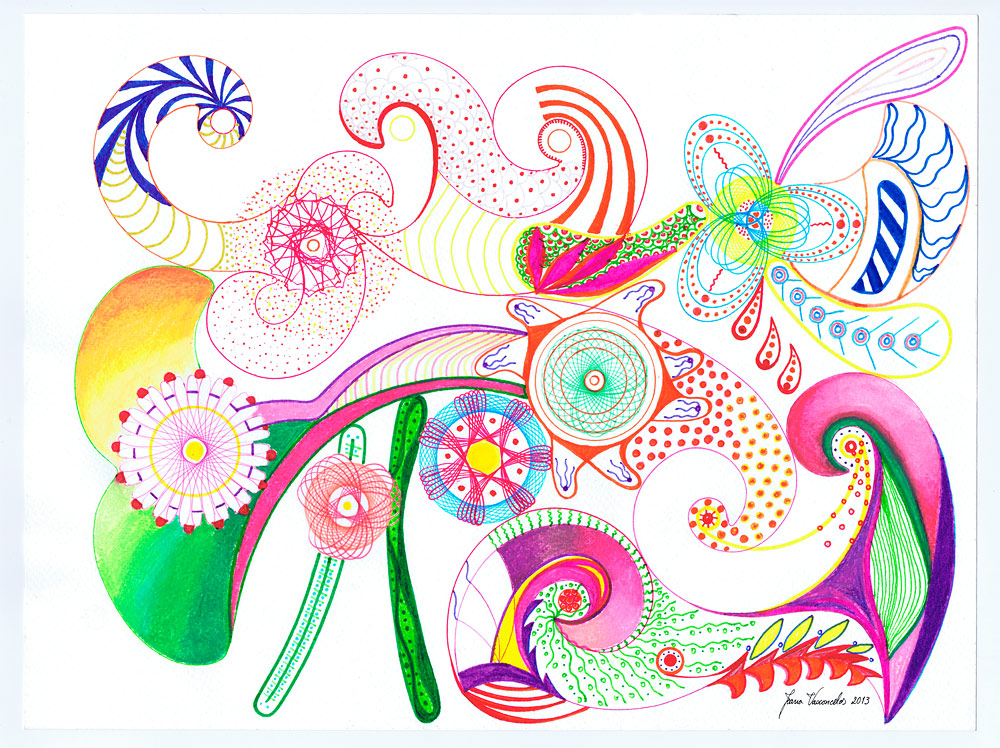 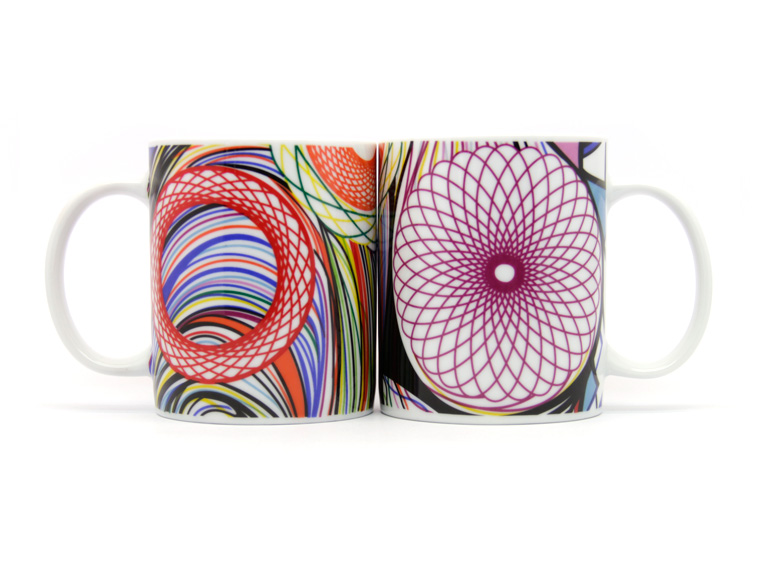 This publication showcases Time Machine, the major new exhibition by Joana Vasconcelos. It features over twenty of the Portuguese artist’s most significant sculptures, which will fill Manchester Art Gallery’s exhibition spaces, adorn the exterior of the gallery and act as interventions with the gallery’s permanent collection. The exhibition will include new and recent works, the majority of which are previously unseen in the UK, including a major new commission Britannia. The brightly coloured organic forms are composed of many fabric elements in a riotous patchwork of patterns, shapes and textures, hanging in striking contrast to the straight, clean lines of the Gallery’s glass atrium. The publication will feature full colour images of the artworks in situ in the gallery and photographs of the works being installed. 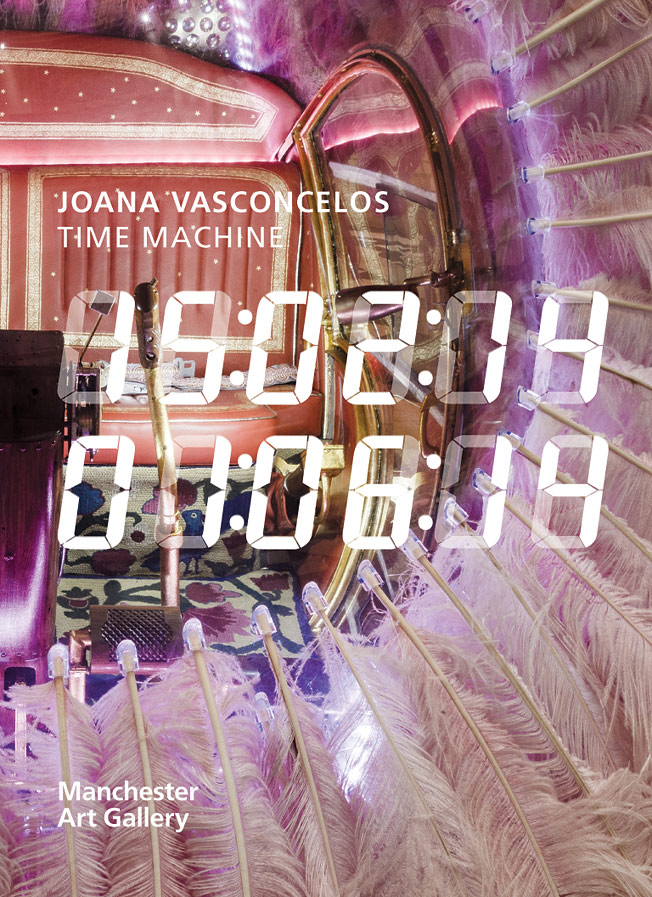 This is a limited edition of 200 + 20 AP, each numbered and signed by the artist, with Certificate of Authenticity. £2350