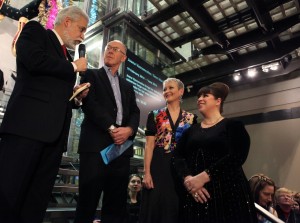 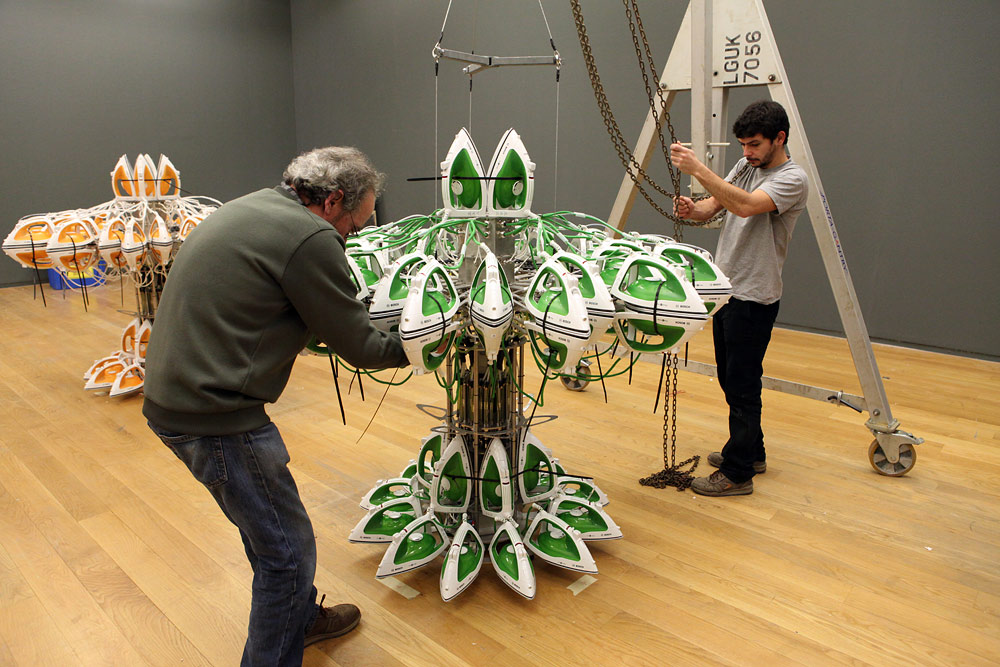 A selection of images showing some of the works for Time Machine being maneuvered into position. 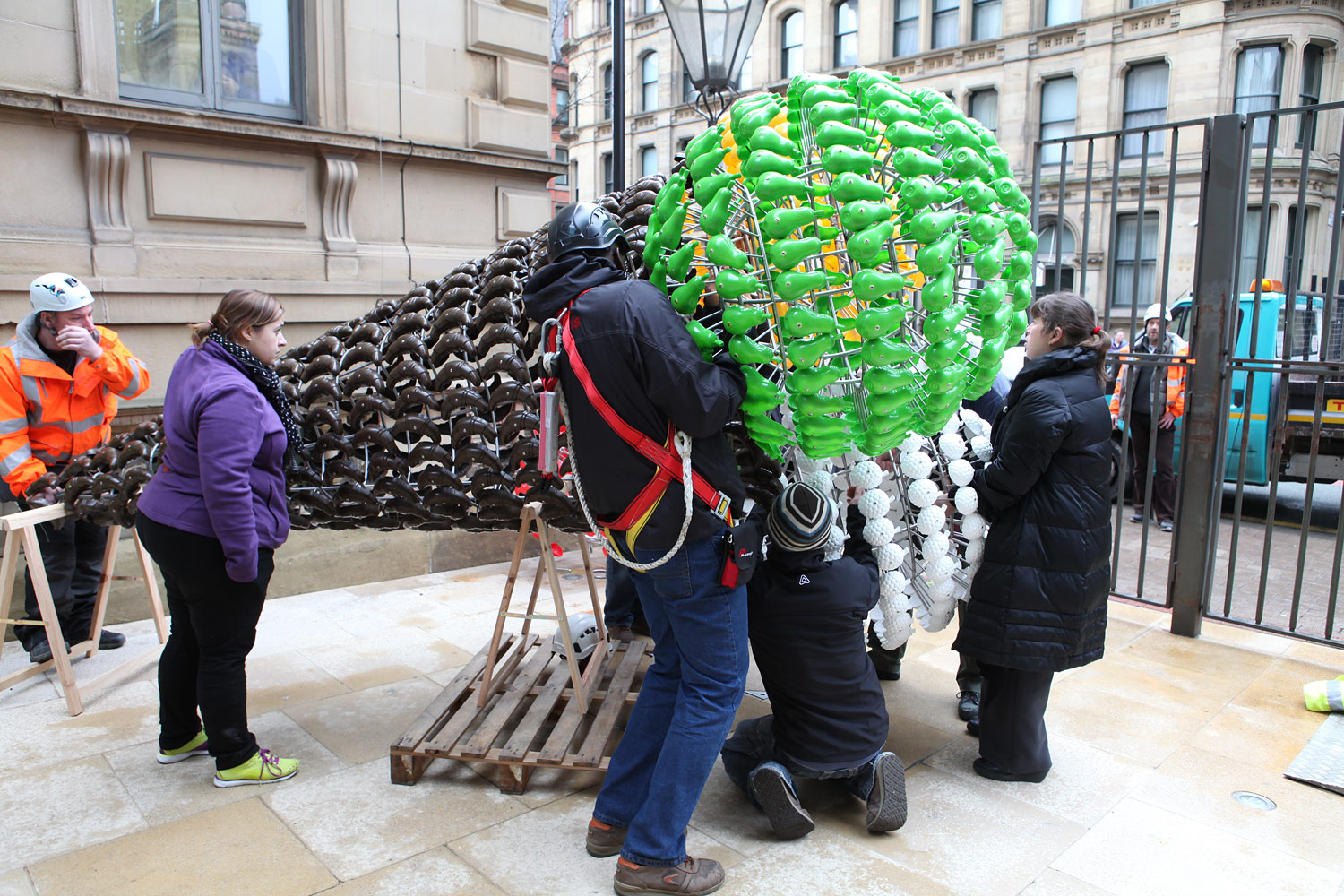 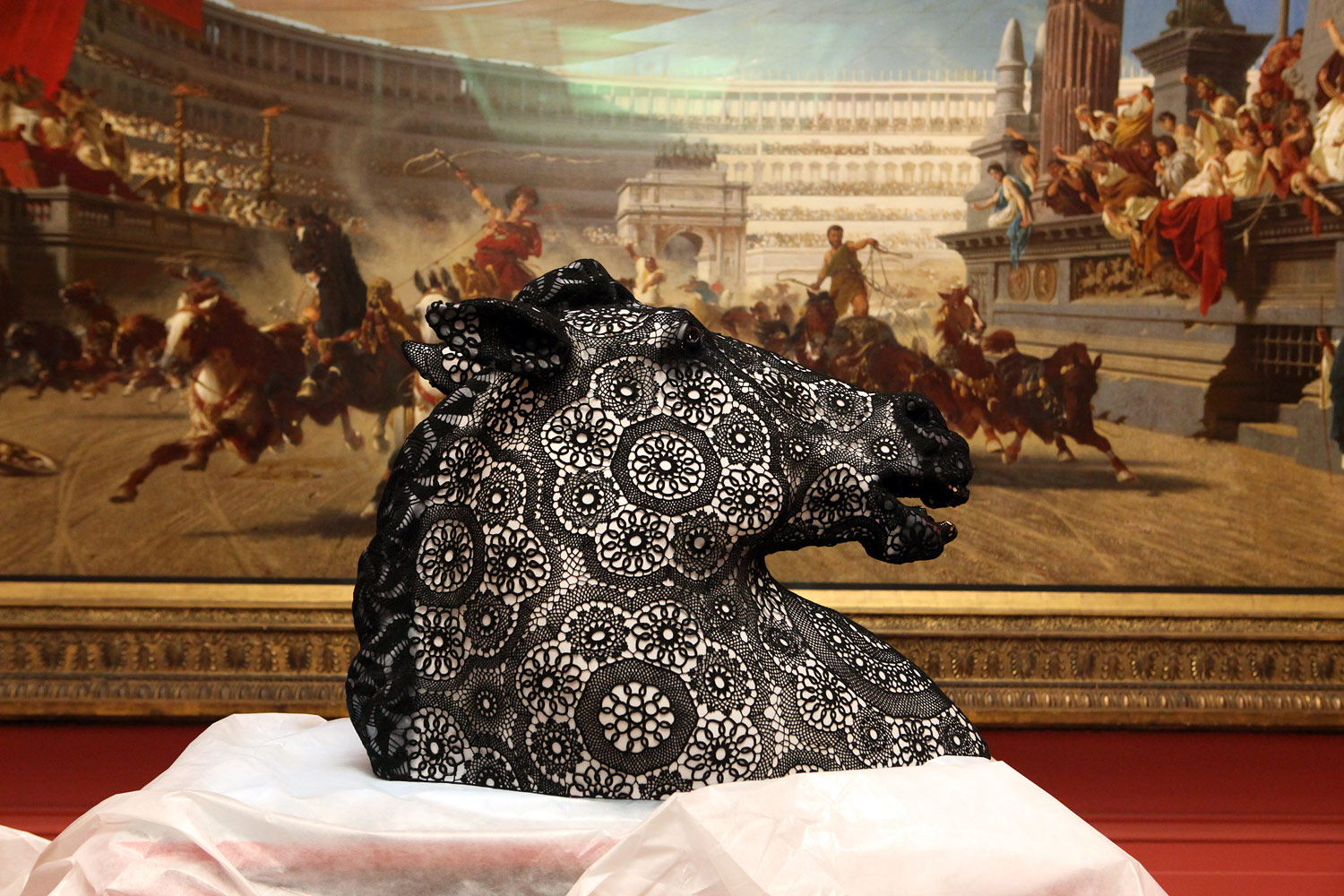 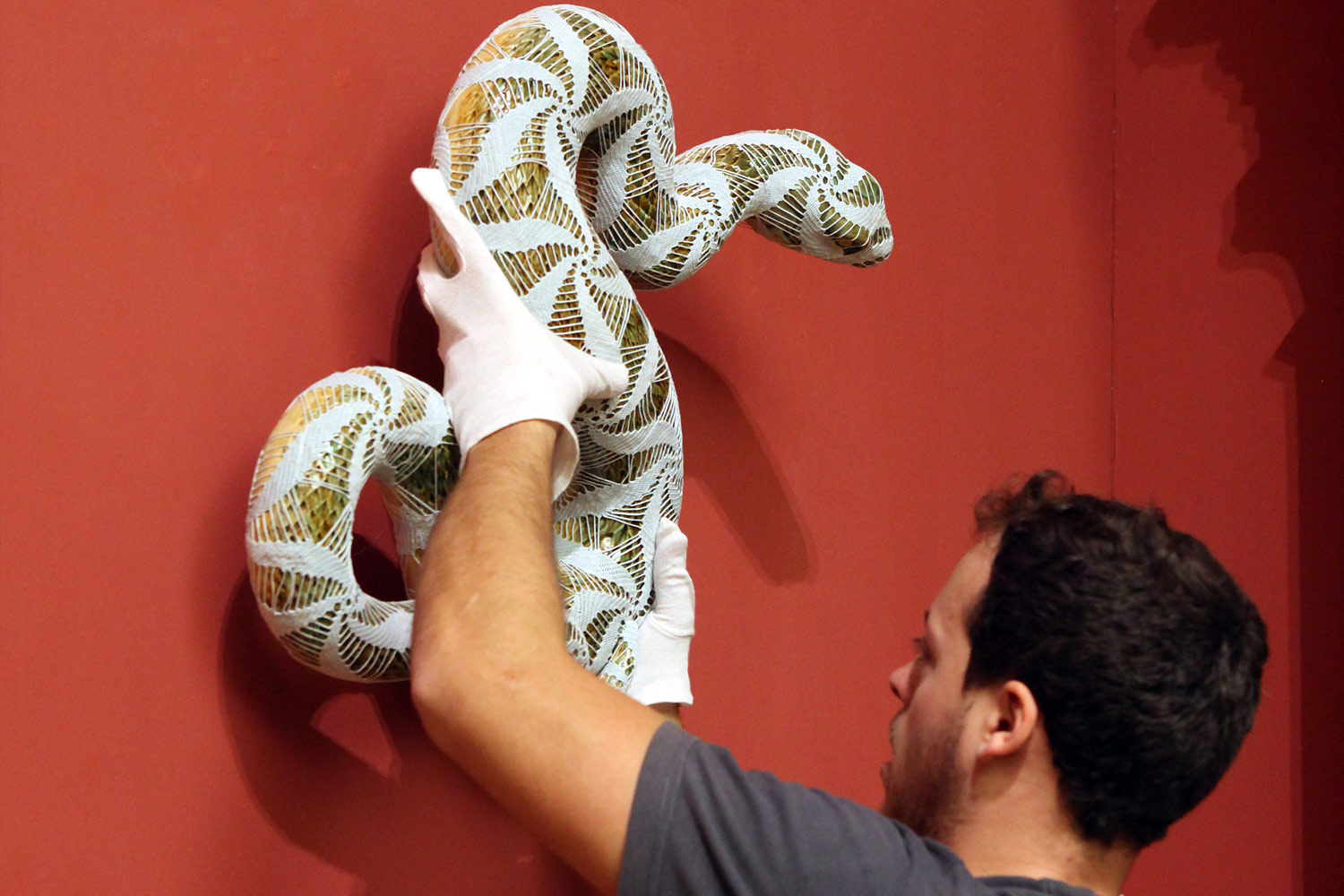 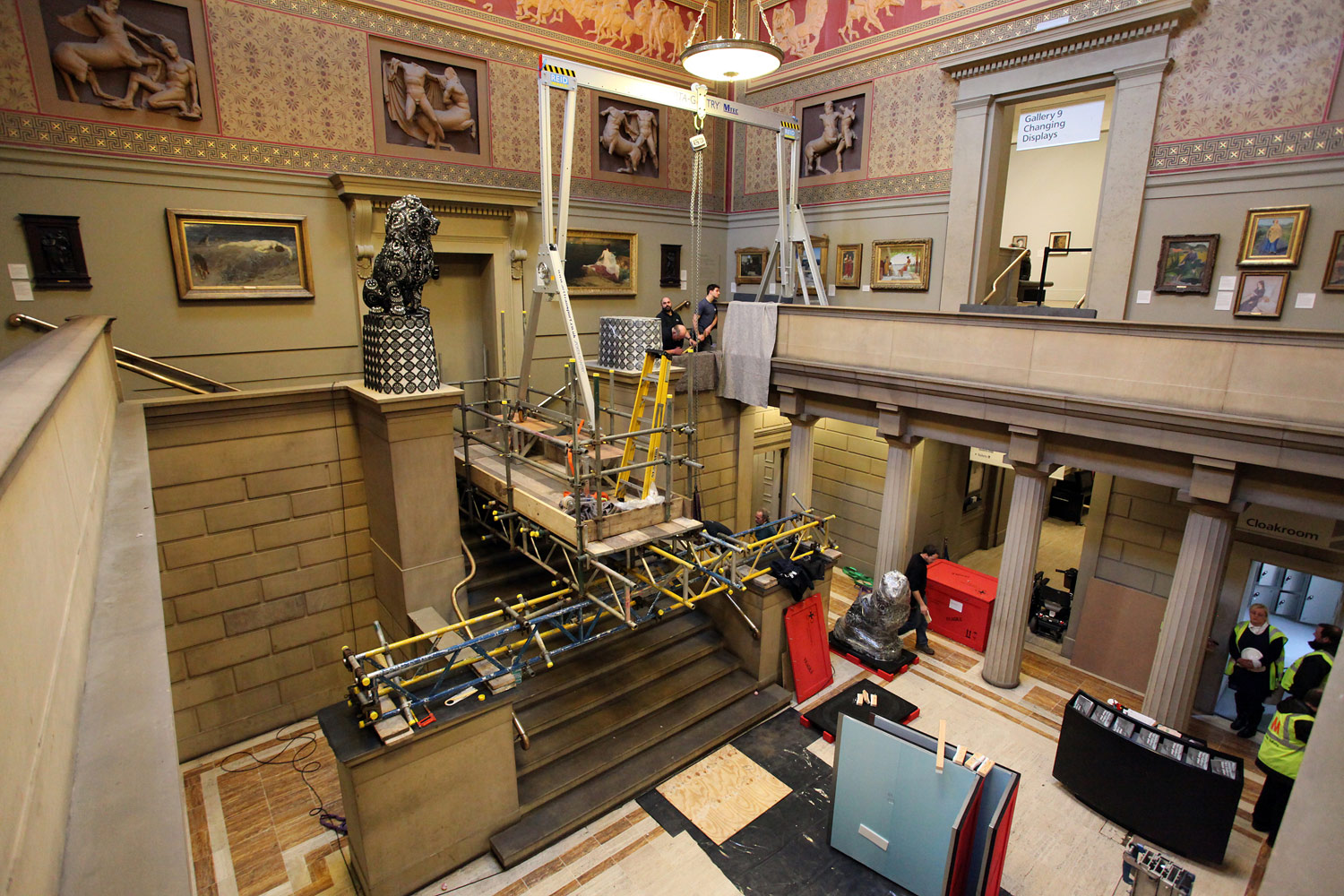 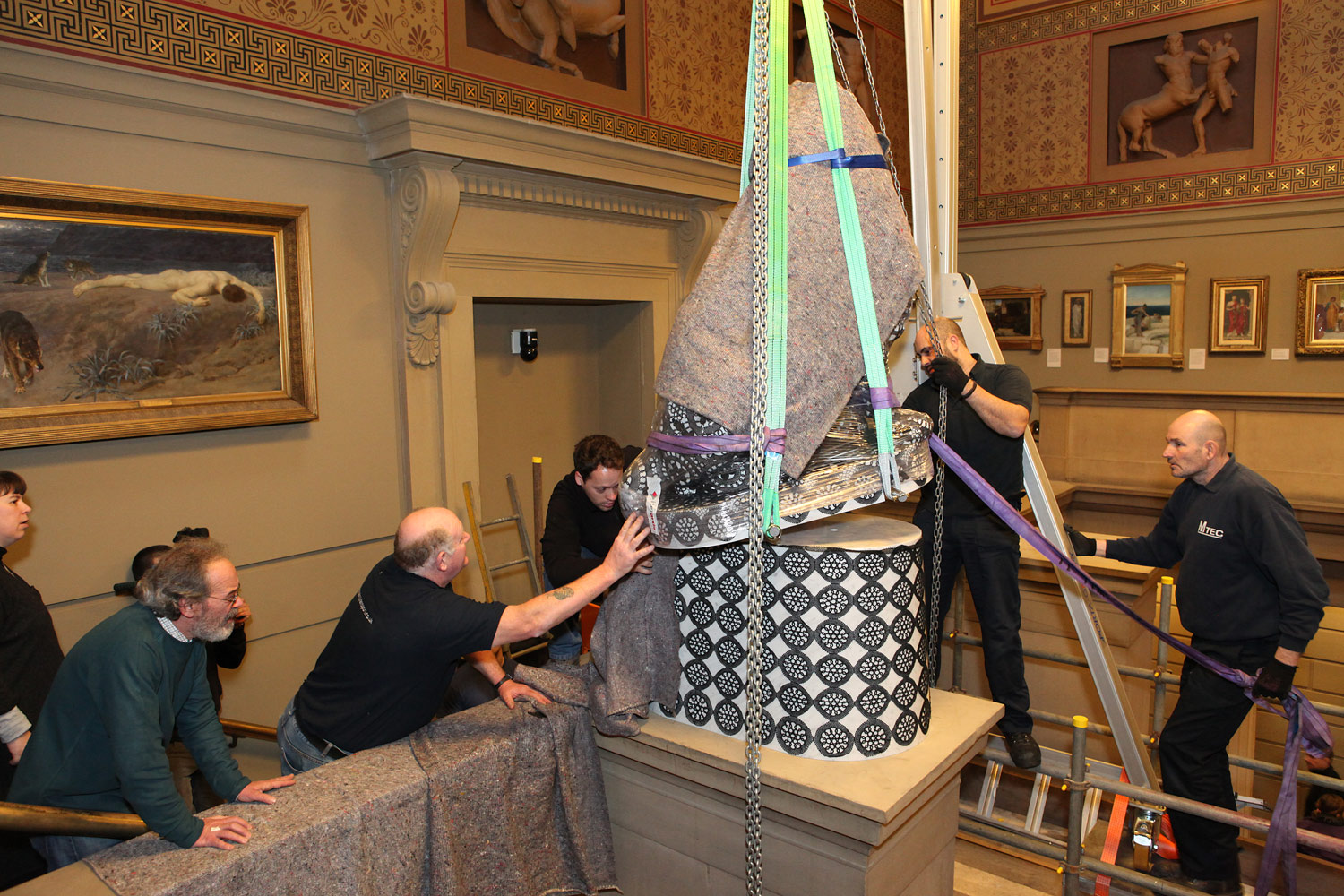 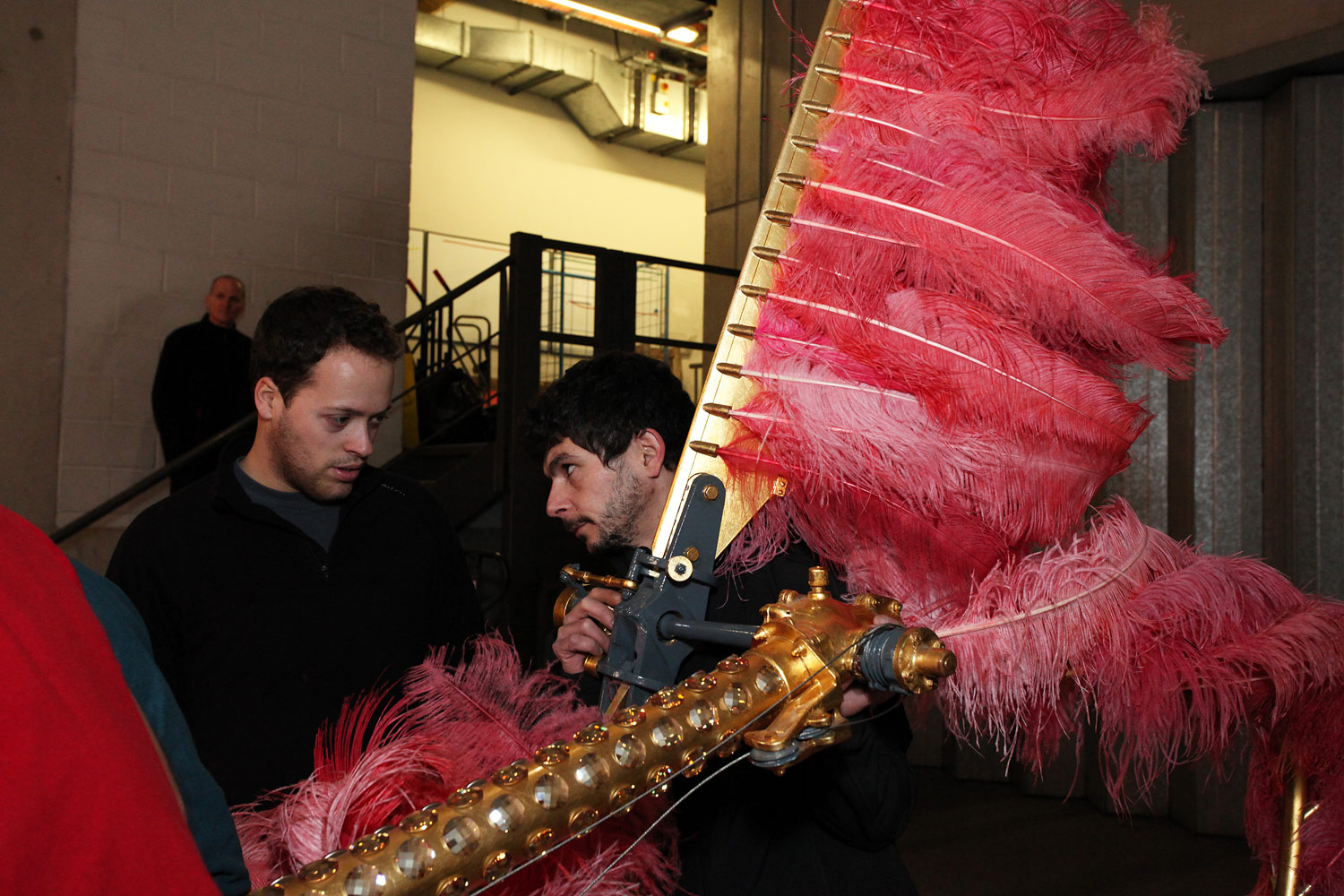 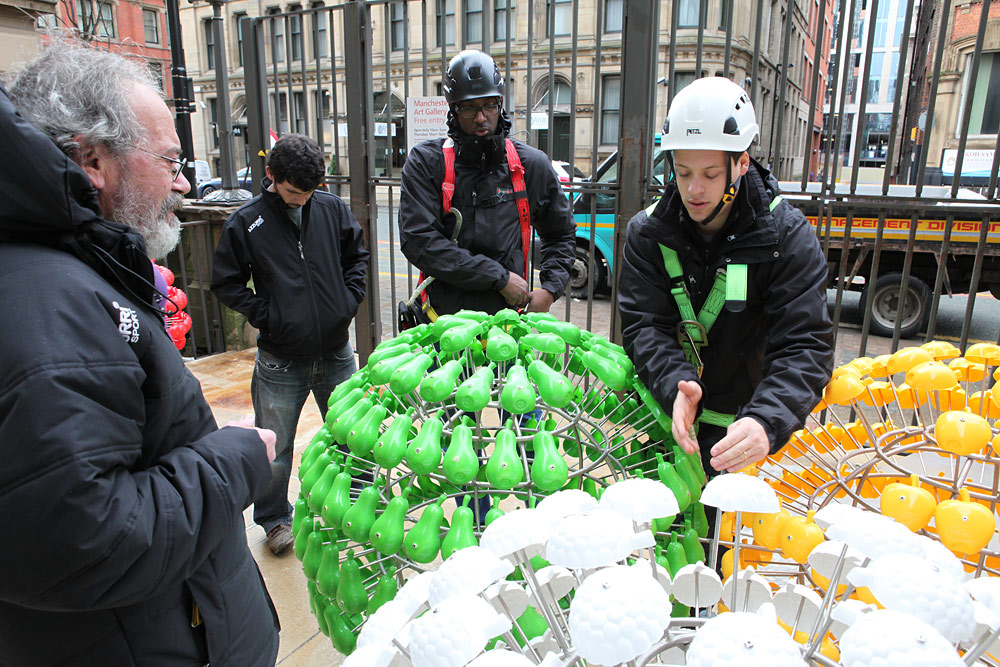 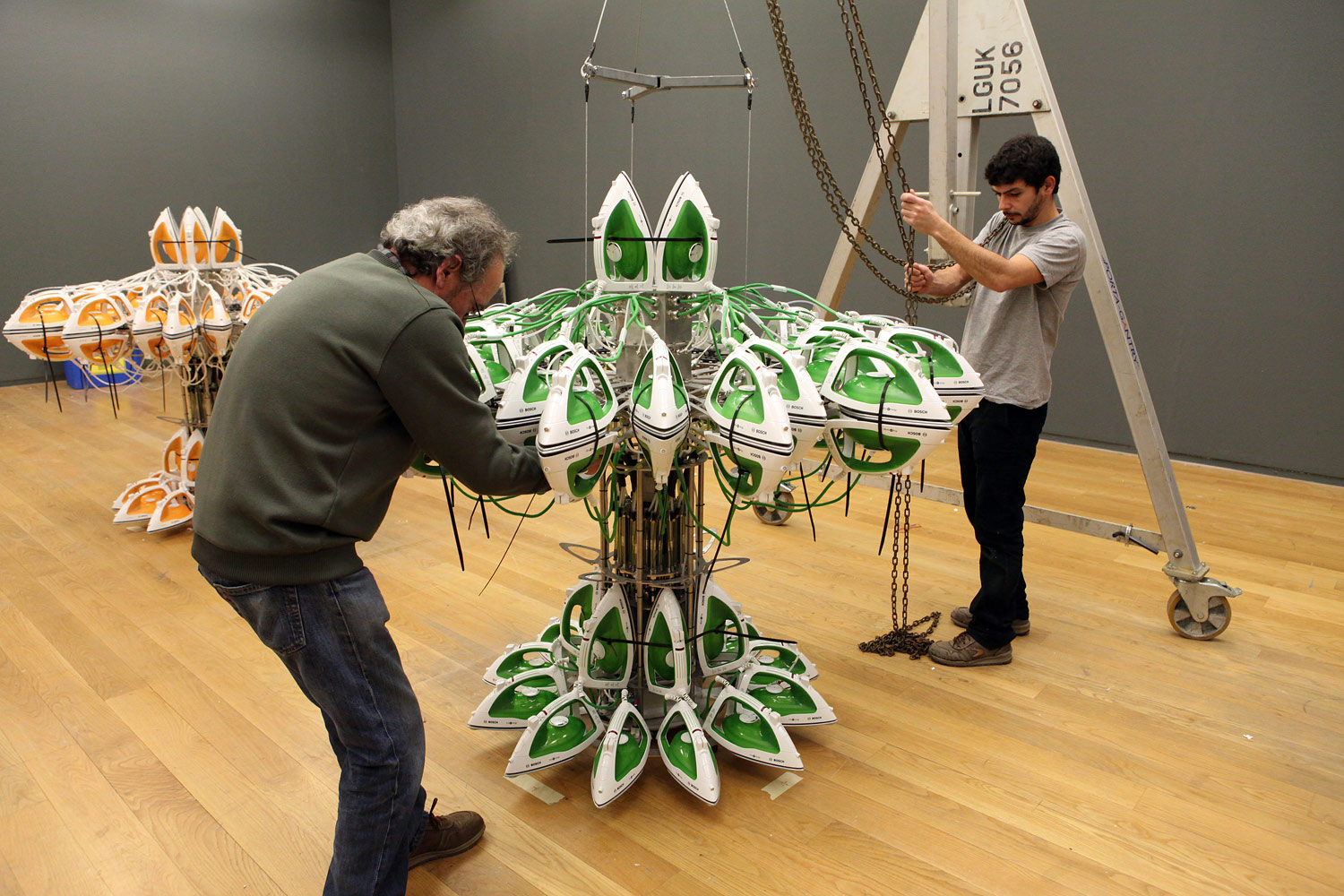 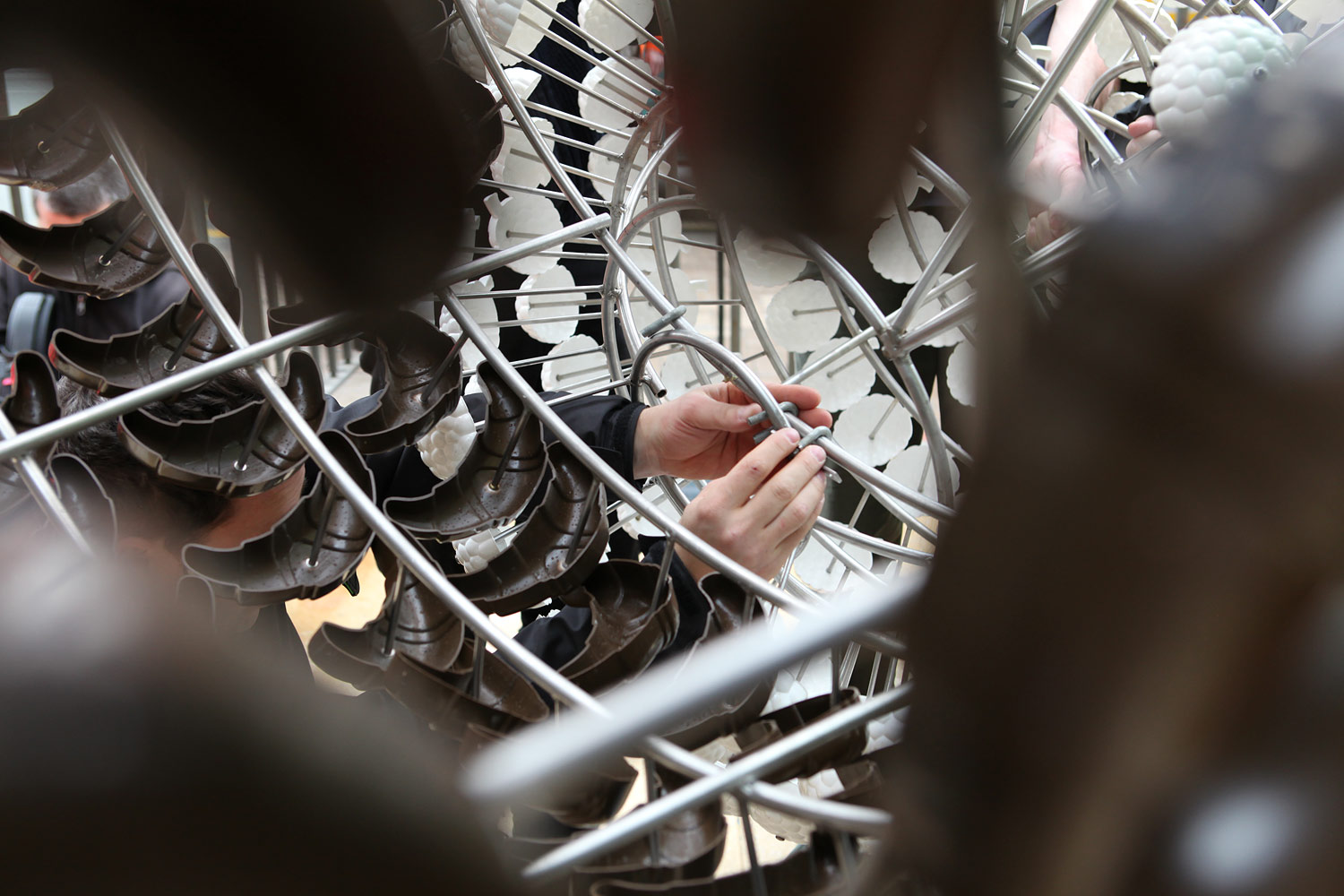 In Joana Vasconcelos’ studio in Lisbon, technicians are assembling and testing the three versions of Full Steam Ahead in readiness for the exhibition. These kinetic sculptures in the shape of water lilies have steam irons for petals which open and close to mimic the movement of real flowers. Red, yellow and green (the colours of the Portuguese flag), the sculptures will slowly unfurl one after the other, hissing and releasing steam to create a dramatic, hot and humid robotic flower garden.